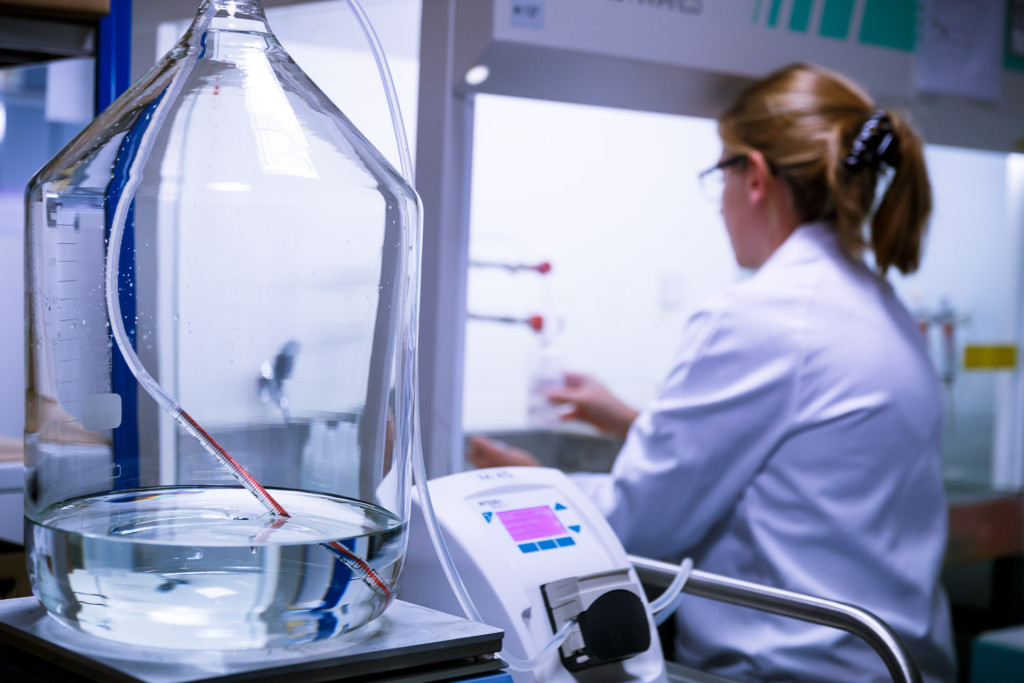 Polyplus-transfection® SA, which specializes in the development of innovative solutions for the delivery of nucleic acids in research and therapeutics, announces the completion of a funding round in which it raised EUR 2.5 million. This new round brings in new shareholders in Polyplus-transfection, AIRFI (Alsace Inter Regio Fonds d’Investissement) and Sudinnova, which have invested EUR 1 million and EUR 0.5 million, respectively. Two of the company’s existing shareholders, CIC Vizille Capital Innovation and CIC Finance, also participated in this round.

Polyplus-transfection plans to use the funding to upscale its research & development resources, specifically in the area of new compounds dedicated to siRNA delivery, which recently yielded significant and promising preclinical results in lung and prostate cancer models. These new research programs are additional to those in which Polyplus-transfection® is already actively engaged in the area of RNA interference through its numerous partnerships with other biotechnology companies and university laboratories. In its joint programs with third parties, Polyplus-transfection acts as a specialist in in-vivo intracellular nucleic acid transfer, a critical step in any project to develop a therapy based on RNA interference.

The additional funding will enable Polyplus-transfection® to significantly expand its science team. It is planning to recruit an additional 10 researchers and laboratory technicians in the short term, which will increase the total to 25, out of a total workforce of 40.

“We are delighted with this funding round, which will enable us to augment our research program into second-generation flagship compounds for therapeutic RNA interference – an intense field of research at this time,” said the Chairman of the board of Polyplus-transfection, Dr. Gabriel Festoc. “We have made effective, breakthrough innovations at a fundamental stage of the in-vivo delivery process, which is directly responsible for the problems encountered by other players in their attempts to transform molecules (such as siRNA or miRNA) into medicines. In addition, these funds will enable us to develop better-defined solutions and to provide many more demonstrations of their therapeutic effects.”

“Polyplus has succeeded in developing its core business, the sale of reagents, while maintaining a major R&D effort, which means it now has some very interesting results to show,” said Karine Lignel, Director of participations at CIC Vizille Capital Innovation and non-executive director of Polyplus-transfection. “This funding round will enable the company to step up its research effort and prove the value of the solutions it has developed.”

For his part, the Chairman of TechFund/AIRFI, Jean-Michel Barbier, said: “We are very enthusiastic about our investment in Polyplus-transfection, not only because its innovative therapeutic solutions are very promising but also because the company, with its two-tier business model, benefits from growing reagent sales, which have brought it close to break-even despite substantial R&D investments that absorb close to 50% of its revenues.”

Following the completion of this funding round, AIRFI and Sudinnova join the ranks of Polyplus-transfection®’s shareholders, alongside the company’s historic investors – CIC Vizille Capital Innovation, CIC Finance and Promelys Participations.

CIC – Vizille Capital Innovation is the venture capital subsidiary of the CIC – Banque de Vizille Group. Its objective is to invest in promising technology companies in their early stages of development with a high growth potential in dynamic sectors such as information technologies, telecommunications, electronics, life sciences, new materials, and the environment. CIC – Vizille Capital Innovation’s policy is aimed at providing assistance over time (5-7 years) to high-tech start-ups, which will ultimately lead them on the right track to succeed. This involvement is achieved by working closely with the company through advices and networking, but without interfering in the day-to-day management of the company. Investment levels are suited to each case – usually between €0.5 and €3 million – and injected gradually in several phases, as development needs rise. CIC – Vizille Capital Innovation always invests jointly with other financial partners, often as lead or co-lead investor.

About CIC Finance – www.cicfinance.com
CIC Finance, a subsidiary of the Crédit Mutuel – CIC groupe, is present in all equity market segments through its specialized teams and business units. These include growth capital, leveraged buy-outs, venture capital, mergers and acquisitions and financial engineering. CIC Finance manages assets of EUR 1.5 billion.

About AIRFI FCPR
AIRFI FCPR is a private equity fund created in 2005 to stimulate economic activity in the Alsace region of France. It was formed on the initiative of the Alsace Region and the Caisse des Dépôts (CDC Entreprises) in partnership with the Caisse d’Epargne d’Alsace, the Banque Populaire d’Alsace and the Landesbank Spar. With its fund of EUR 13.8 million, AIRFI has invested in ten small and medium enterprises in Alsace with a view to development, the promotion of innovation and helping ensure good returns from technological or commercial assets. In general, AIRFI takes a minority stake alongside other financial investors. AIRFI is managed by TechFund Management, based in Paris. TechFund Management relies on the AIRFI Conseil consulting team based in Illkirch, Alsace, for its local activities.