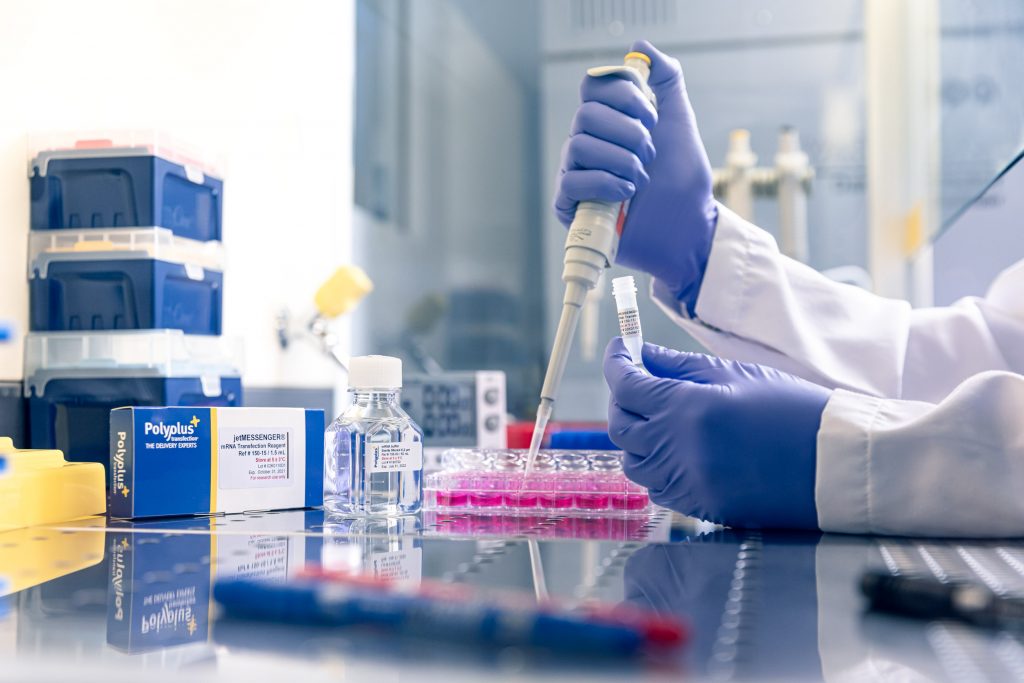 “ArchiMed’s deep knowledge of our industry, including the specific transfection space, and the team’s impressive global network in Healthcare and life sciences makes them the ideal growth catalyst for us,” says Gabriel Festoc, Polyplus’ CEO.

Polyplus-transfection is a fast-growing developer of innovative and cost-effective technology used in cell therapy. ArchiMed has bought a majority stake in Polyplus-transfection. The company is an innovative developer and producer of transfection reagents, which provide a cost-effective means of delivering the nucleic acids essential in cell therapy treatment, research, and the production of proteins and viruses. The transaction was completed with the support of the management team and outside of any auction process.

Polyplus-transfection is one of very few European life sciences companies originally backed by venture capital that has reached a good level of profitability without going public. Aided by the private structure, Polyplus’ management has also demonstrated exceptional skill and foresight, broadening the product range and accelerating the company’s globalization.

Headquartered in Illkirch, outside Strasbourg, France, with a US subsidiary in New York City, and Asia-Pacific representation in Hong Kong, Polyplus was founded in 2001 as a spin-off from academia. It has a global reputation in its niche market following the pioneering role of its main founder, professor Jean-Paul Behr. Polyplus’ inaugural product, the first polymer-based transfection reagent, PEI (Polyethylenimine), was developed by professor Behr and his team. Key former members from his academic lab continue to spearhead product innovation at Polyplus.

“Polyplus is precisely the type of niche champion that ArchiMed looks to identify and partner with in Life Sciences” says Loic Kubitza, Operating Partner at ArchiMed. “We’ll leverage our global healthcare industry connections in order to help the company take full advantage of strong secular growth in biologics-based therapeutics. More specifically, we’ll use our resources and financing expertise to move their international expansion and product development into an even higher gear.”

“ArchiMed’s deep knowledge of our industry, including the specific transfection space, and the team’s impressive global network in Healthcare and life sciences makes them the ideal growth catalyst for us,” says Gabriel Festoc, Polyplus’ CEO.

Founded by Denis Ribon, previously Global Head of Healthcare at 3i, and his fellow Managing Partners, Vincent Guillaumot – another former 3i healthcare executive – and Robin Filmer-Wilson, a former 3i healthcare co-investor, ArchiMed is an independent private equity team 100% dedicated to the healthcare sector in Europe. The Managing Partners are currently investing from the €150 million Med 1 fund. The ArchiMed team also includes Operating Partner Loïc Kubitza, previously a Leader at PwC’s Healthcare and Life Sciences Practice, and Operating Partner Christoph Böhmer, formerly a McKinsey partner and Managing Director of €1 billion-in-revenues cardiovascular leader Biotronik. ArchiMed invests in all healthcare sectors, targeting profitable, established European healthcare companies and investing between €5 million and €30 million per transaction. ArchiMed engages in both unleveraged growth investments and leveraged buyouts. In the last sixteen years, the ArchiMed team has invested more than €1 billion in 20-plus companies, achieving a total return of over 2.6 times invested capital.