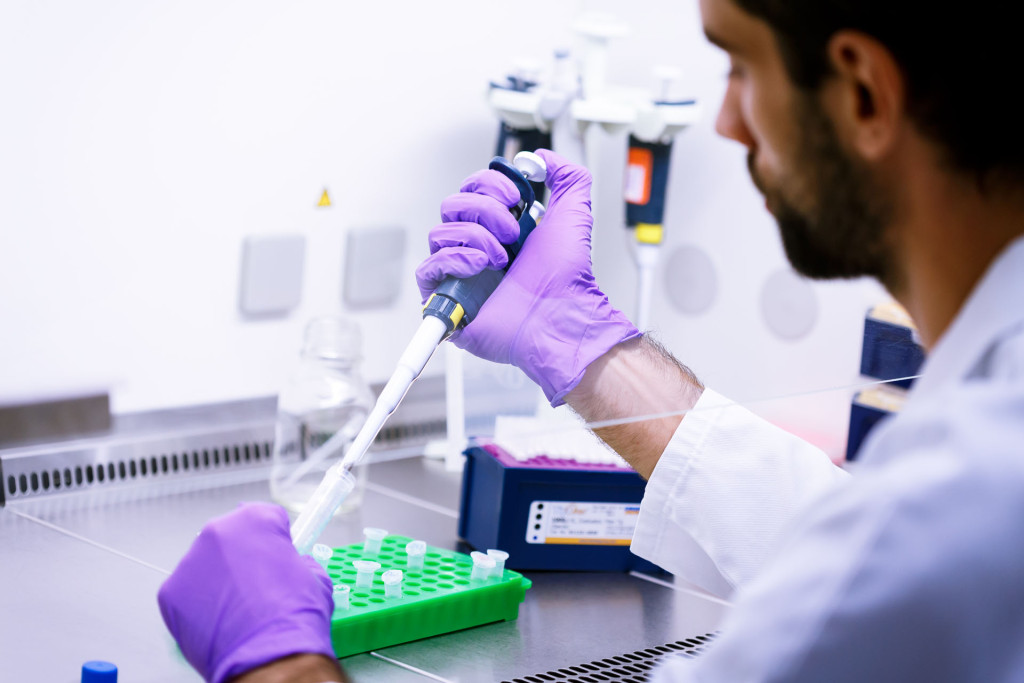 The receptor-binding domain (RBD) of the SARS-CoV-2 spike protein is a conserved domain and a target for neutralizing antibodies. We defined the carbohydrate content of the recombinant RBD produced in different mammalian cells. We found a higher degree of complex-type N-linked glycans, with less sialylation and more fucosylation, when the RBD was produced in human embryonic kidney cells compared to the same protein produced in Chinese hamster ovary cells. The carbohydrates on the RBD proteins were enzymatically modulated, and the effect on antibody reactivity was evaluated with serum samples from SARS-CoV-2 positive patients. Removal of all carbohydrates diminished antibody reactivity, while removal of only sialic acids or terminal fucoses improved the reactivity. The RBD produced in Lec3.2.8.1-cells, which generate carbohydrate structures devoid of sialic acids and with reduced fucose content, exhibited enhanced antibody reactivity, verifying the importance of these specific monosaccharides. The results can be of importance for the design of future vaccine candidates, indicating that it is possible to enhance the immunogenicity of recombinant viral proteins.