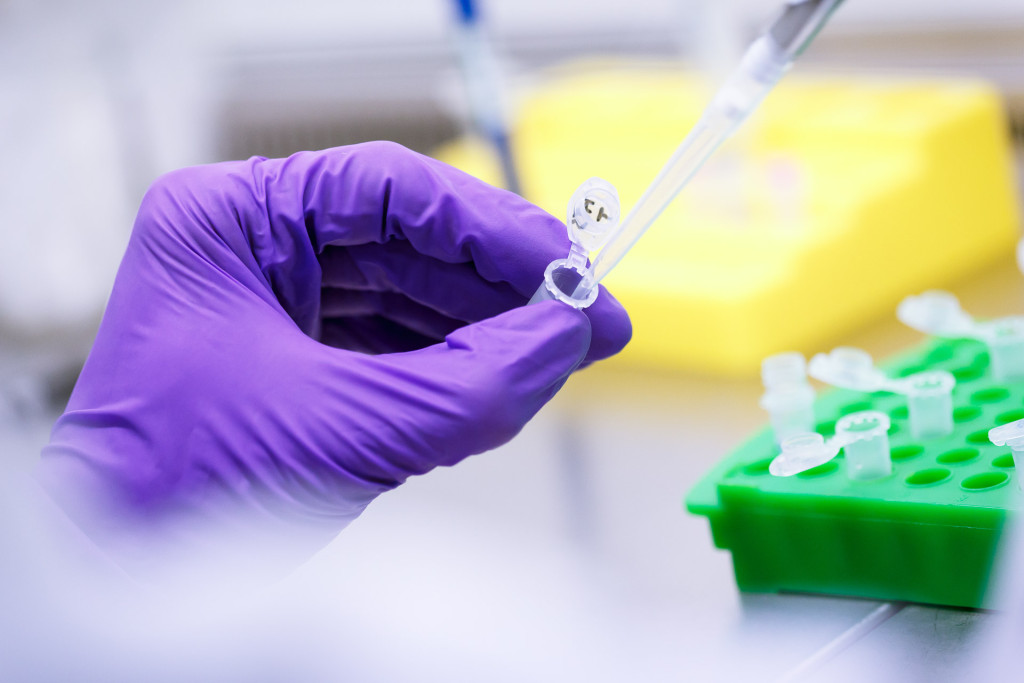 All proteins were expressed and purified from Expi293F suspension cells. Expi293F cells were cultured in a 66%/33% mixture of Freestyle/Expi medium (ThermoFisher) in polycarbonate shaking flasks under continuous shaking at 120 rpm in a humidified 8% CO2 incubator. Transfection complexes were formed by adding 15 µg DNA to 3 mL culture media followed by addition of 39 µL FectoPro transfection reagent (Polyplus) per 30 mL cells transfected. Antibodies were produced by transfecting a 1:1 ratio of HC and LC plasmids. Complexes were incubated at room temperature for 10 min and then added to cells at 3 – 4 x 106 per mL density. Cells were boosted immediately following transfection with 0.4 g/L D-glucose and 3 mM valproic acid, final concentrations.

Ebola virus (EBOV), a member of the Filoviridae family of viruses and a causative agent of Ebola Virus Disease (EVD), is a highly pathogenic virus that has caused over twenty outbreaks in Central and West Africa since its formal discovery in 1976. The only FDA-licensed vaccine against Ebola virus, rVSV-ZEBOV-GP (Ervebo®), is efficacious against infection following just one dose. However, since this vaccine contains a replicating virus, it requires ultra-low temperature storage which imparts considerable logistical challenges for distribution and access. Additional vaccine candidates could provide expanded protection to mitigate current and future outbreaks. Here, we designed and characterized two multimeric protein nanoparticle subunit vaccines displaying 8 or 20 copies of GPΔmucin, a truncated form of the EBOV surface protein GP. Single-dose immunization of mice with GPΔmucin nanoparticles revealed that neutralizing antibody levels were roughly equivalent to those observed in mice immunized with non-multimerized GPΔmucin trimers. These results suggest that some protein subunit antigens do not elicit enhanced antibody responses when displayed on multivalent scaffolds and can inform next-generation design of stable Ebola virus vaccine candidates.