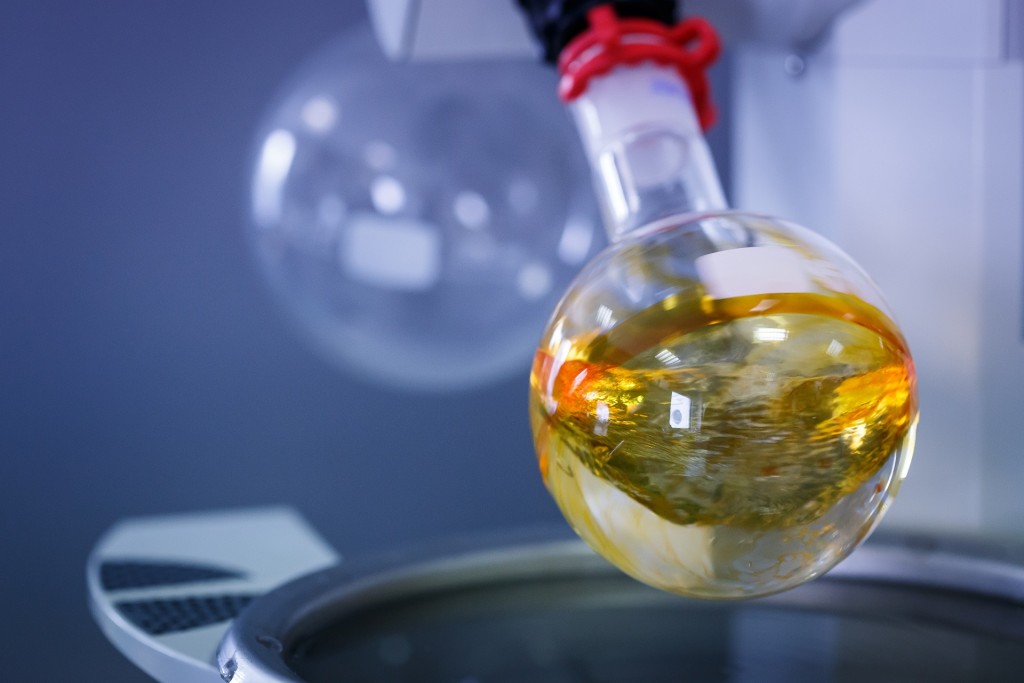 Expression and Purification of Fab-Only Apoferritin Multimers: - Genes encoding the light chain of human apoferritin and the scFab-human apoferritin fusions were synthesized and cloned by GeneArt (Life Technologies) into the pHLsec expression vector; 200 mL of HEK 293F cells (Thermo Fisher Scientific) were seeded at a density of 0.8 × 106 cells/mL in Freestyle expression media and incubated with 125 rpm oscillation at 37 °C, 8% CO2, and 70% humidity in a Multitron Pro shaker (Infors HT). - Within 24 h of seeding, cells were transiently transfected using 50 μg of filtered DNA preincubated for 10 min at room temperature (RT) with the transfection reagent FectoPRO (Polyplus Transfections) at a 1:1 ratio. Plasmids encoding scFab-human apoferritin and human apoferritin were mixed at a ratio of 1:4, 1:1, 4:1, and 1:0. - After 6 d to 7 d, cell suspensions were harvested by centrifugation at 5,000 × g for 15 min, and the supernatants were filtered through a 0.22-μm Steritop filter (EMD Millipore). The particles were purified by affinity chromatography to the Fab and eluted after a wash. Fractions containing protein were pooled, concentrated, and loaded onto a Superose 6 10/300 GL size exclusion column (GE Healthcare) in 20 mM sodium phosphate, pH 8.0, 150 mM NaCl. Design, Expression, and Purification of Multabodies: - Genes encoding scFab and scFc fragments linked to half ferritin were generated by deletion of residues 1 to 90 (C-Ferritin) and 91 to 175 (N-Ferritin) of the light chain of human apoferritin. Furthermore, protein L binding specificity for iMab-C-Ferritin was disrupted by site-directed mutagenesis of alanine 12 of the antibody light chain to a proline residue. - Transient transfection of T-01 MB in HEK 293F cells was obtained by mixing 66 μg of plasmids PGDM1400 scFab-human apoferritin:scFc-N-Ferritin:N49P7 scFab-C-Ferritin:10E8v4 scFab-C-Ferritin in a 4:2:1:1 ratio. In the case of the T-02 MB, plasmid N49P7 scFab-C-Ferritin was substituted by iMab scFab-C-Ferritin. In the case of the T-01 MB.v2, 63 μg of plasmids PGDM1400 scFab-human apoferritin:N49P7 scFab-N-Ferritin:10E8v4 scFab-C-Ferritin-Fc in a 3:1:1 ratio were used. - The DNA mixture was filtered and incubated at RT with 63 μL of FectoPRO before adding it to the cell culture. - Based on the necessary heterooligomerization to drive self-assembly, purification of Multabodies with the four components was achieved by a two-step affinity purification: protein A HP column (GE Healthcare) with 20 mM Tris pH 8.0, 3 M MgCl2 and 10% glycerol elution buffer (Fc binding), and protein L (GE Healthcare) (PGDM1400 binding, as 10E8 and N49P7 do not bind to protein L, and iMab-protein L binding was disrupted by the A12P mutation). A buffer exchange step was performed between the two affinity chromatography steps using a PD-10 desalting column (GE Healthcare). Fractions containing the protein were concentrated and further purified by gel filtration on a Superose 6 10/300 GL column (GE Healthcare) in 20 mM sodium phosphate pH 8.0, 150 mM NaCl.

Deep mining of B cell repertoires of HIV-1-infected individuals has resulted in the isolation of dozens of HIV-1 broadly neutralizing antibodies (bNAbs). Yet, it remains uncertain whether any such bNAbs alone are sufficiently broad and potent to deploy therapeutically. Here, we engineered HIV-1 bNAbs for their combination on a single multispecific and avid molecule via direct genetic fusion of their Fab fragments to the human apoferritin light chain. The resulting molecule demonstrated a remarkable median IC50 value of 0.0009 µg/mL and 100% neutralization coverage of a broad HIV-1 pseudovirus panel (118 isolates) at a 4 µg/mL cutoff-a 32-fold enhancement in viral neutralization potency compared to a mixture of the corresponding HIV-1 bNAbs. Importantly, Fc incorporation on the molecule and engineering to modulate Fc receptor binding resulted in IgG-like bioavailability in vivo. This robust plug-and-play antibody design is relevant against indications where multispecificity and avidity are leveraged simultaneously to mediate optimal biological activity.