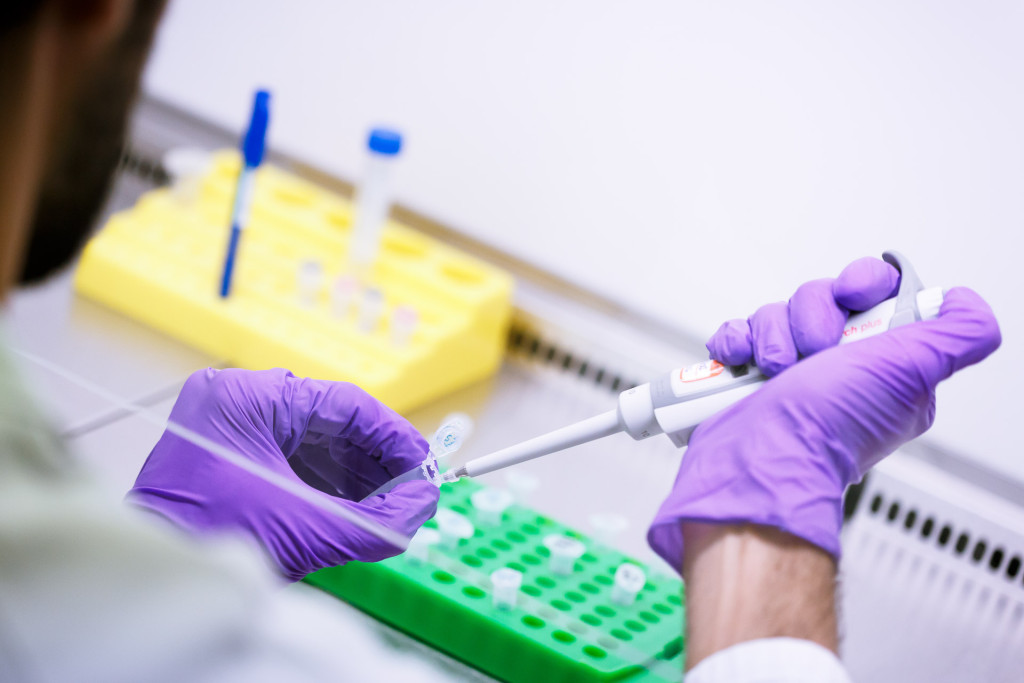 α2-Na+/K+-ATPase-shRNA expressing plasmid or control plasmid (1 μg) was mixed with 0.12 μl in vivo-JetPEI. Then 1 μl of this mixture was injected at two different points intracortically 1 mm deep at a rate of 0.1 μl/min under isoflurane anesthesia by a 26 gauge Hamilton syringe. The needle was kept at the injection site for 1-minute and removed slowly over 5 minutes to allow diffusion of the plasmids into cortical layers. The sites of injection in the CSD threshold (n=6/group) and photic stimulation experiments were in the right visual cortex; (-3, 1.5) mm and (-3, 3.5) mm relative to bregma (anteroposterior and lateral coordinates, respectively) (n=6). In whisker stimulation and K+ fluoroprobe imaging experiments, the sites of injection were in the right barrel cortex; (-0.5, 3.5) mm and (-1.8, 3) mm relative to bregma (n=6).

Background: Unlike the spontaneously appearing aura in migraineurs, experimentally, cortical spreading depression (CSD), the neurophysiological correlate of aura is induced by non-physiological stimuli. Consequently, neural mechanisms involved in spontaneous CSD generation, which may provide insight into how migraine starts in an otherwise healthy brain, remain largely unclear. We hypothesized that CSD can be physiologically induced by sensory stimulation in primed mouse brain. Methods: Cortex was made susceptible to CSD with partial inhibition of Na+/K+-ATPase by epidural application of a low concentration of Na+/K+-ATPase blocker ouabain, allowing longer than 30-min intervals between CSDs or by knocking-down α2 subunit of Na+/K+-ATPase, which is crucial for K+ and glutamate re-uptake, with shRNA. Stimulation-triggered CSDs and extracellular K+ changes were monitored in vivo electrophysiologically and a K+-sensitive fluoroprobe (IPG-4), respectively. Results: After priming with ouabain, photic stimulation significantly increased the CSD incidence compared with non-stimulated animals (44.0 vs. 4.9%, p < 0.001). Whisker stimulation also significantly increased the CSD incidence, albeit less effectively (14.9 vs. 2.4%, p = 0.02). Knocking-down Na+/K+-ATPase (50% decrease in mRNA) lowered the CSD threshold in all mice tested with KCl but triggered CSDs in 14.3% and 16.7% of mice with photic and whisker stimulation, respectively. Confirming Na+/K+-ATPase hypofunction, extracellular K+ significantly rose during sensory stimulation after ouabain or shRNA treatment unlike controls. In line with the higher CSD susceptibility observed, K+ rise was more prominent after ouabain. To gain insight to preventive mechanisms reducing the probability of stimulus-evoked CSDs, we applied an A1-receptor antagonist (DPCPX) to the occipital cortex, because adenosine formed during stimulation from ATP can reduce CSD susceptibility. DPCPX induced spontaneous CSDs but only small-DC shifts along with suppression of EEG spikes during photic stimulation, suggesting that the inhibition co-activated with sensory stimulation could limit CSD ignition when K+ uptake was not sufficiently suppressed as with ouabain. Conclusions: Normal brain is well protected against CSD generation. For CSD to be ignited under physiological conditions, priming and predisposing factors are required as seen in migraine patients. Intense sensory stimulation has potential to trigger CSD when co-existing conditions bring extracellular K+ and glutamate concentrations over CSD-ignition threshold and stimulation-evoked inhibitory mechanisms are overcome.