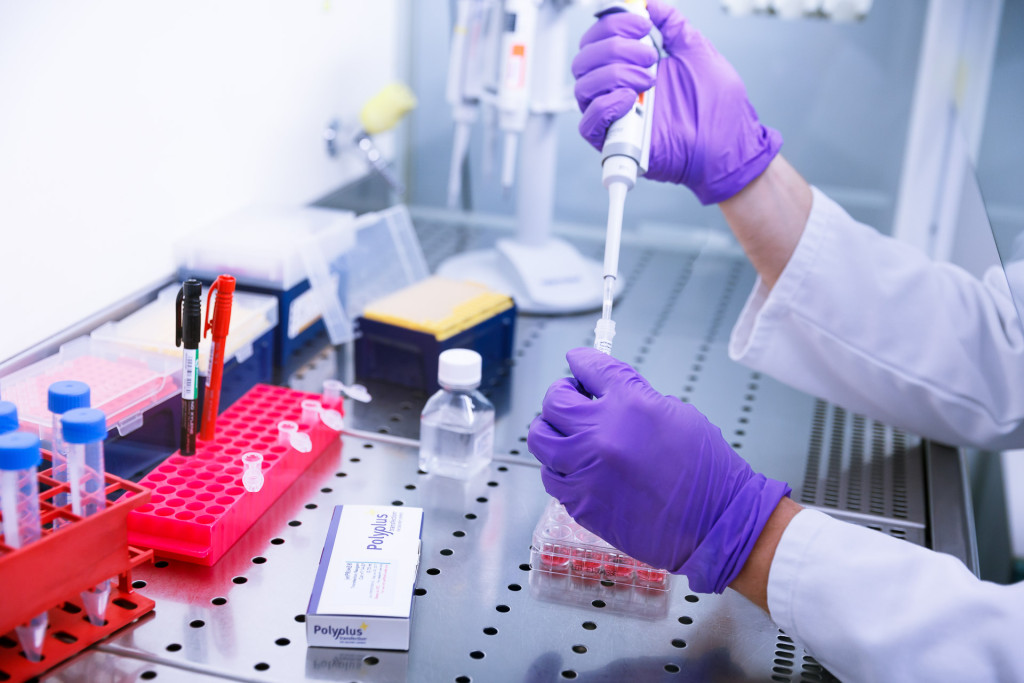 Administration of an adeno-associated viral vector expressing interferon-β in patients with inflammatory hand arthritis, results of a phase I/II study

- Construction of the ART-I02 vector has been described previously. - ART-I02 was produced using polyethylenimine (PEIpro™) mediated transient transfection of HEK293T/17 cells with pART-I02 vector plasmid and pDP5-Kan3 helper/packaging plasmid, a derivative of pDP5 with the ampicillin resistance gene replaced by the kanamycin resistance gene. - ART-I02 was purified in steps including affinity chromatography, ion exchange chromatography and filtration. - ART-I02 was manufactured in accordance with Good Manufacturing Practices. QC testing was performed according to Ph.Eur.chapter “5.14”. - The ratio of vector genomes:AAV-particles of ART-I02 was 1:6.6.

Objective: Inflammatory hand arthritis (IHA) results in impaired function. Local gene therapy with ART-I02, a recombinant adeno-associated viral (AAV) serotype 5 vector expressing interferon(IFN)-β, under the transcriptional control of nuclear factor κ-B responsive promoter, was preclinically shown to have favorable effects. This study aimed to investigate the safety and tolerability of local gene therapy with ART-I02 in patients with IHA. Method: In this first-in-human, dose-escalating, cohort study, 12 IHA patients were to receive a single intra-articular (IA) injection of ART-I02 ranging 0.3x1012-1.2x1013 genome copies in an affected hand joint. Adverse events (AEs), routine safety laboratory and the clinical course of disease were periodically evaluated. Baseline- and follow-up contrast enhanced magnetic resonance images (MRIs), shedding of viral vectors in bodily fluids, and AAV5 and IFN-β immune responses were evaluated. A data review committee provided safety recommendations. Results: Four patients were enrolled. Long-lasting local AEs were observed in 3 patients upon IA injection of ART-I02. The AEs were moderate and could be treated conservative. Given the duration of the AEs and their possible or probable relation to ART-I02, no additional patients were enrolled. No systemic treatment emergent AEs were observed. The MRIs reflected the AEs by (peri)arthritis. No T-cell response against AAV5 or IFN-β, nor IFN-β antibodies could be detected. Neutralizing antibody titers against AAV5 raised post-dose. Conclusion: Single IA doses of 0.6x1012 or 1.2x1012 ART-I02 vector genomes were administered without systemic side effects or serious AEs. However, local tolerability was insufficient for continuation.