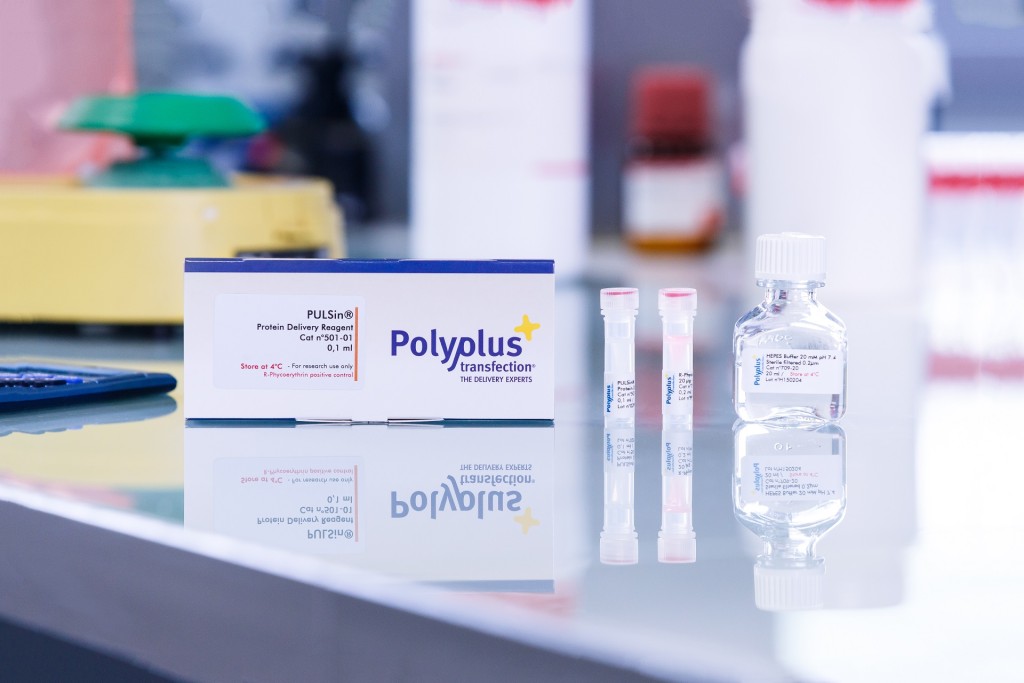 The intracellular delivery of purified proteins, antibodies and peptides to the cytoplasm and to the nucleus is naturally impeded by the cell membrane. In order to allow facilitated non-invasive delivery of such biomolecules, we have developed a potent carrier: PULSin®.

The mechanism of action is the following: the first step of intracellular delivery of biomolecules with PULSin® is the formation of non-covalent complexes between the biomolecules of interest and the delivery reagent. Complexes are subsequently internalized via cationic cell-adhesion receptors present on virtually all cells and are released into the cytoplasm where they disassemble. The native protein can thus diffuse throughout the cytoplasm and reach its target organelle to perform its biological function. The process is gentle to cells and delivers functional proteins. PULSin® delivers proteins to a large variety of live eukaryotic cells, including primary and suspension cells.