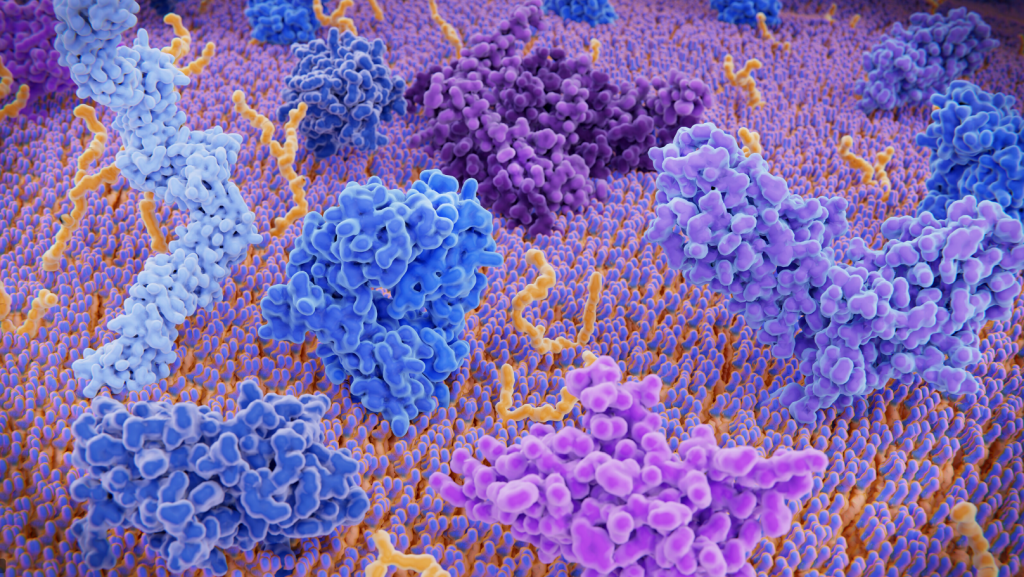 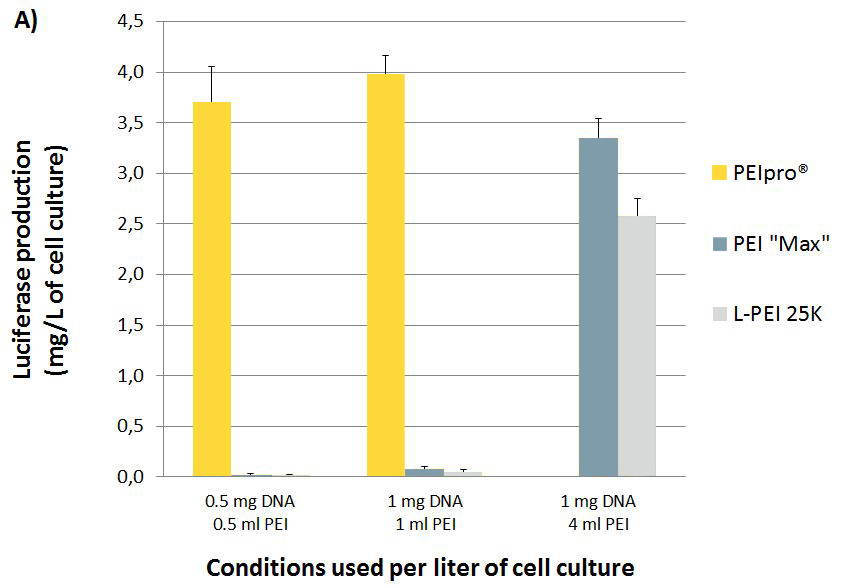 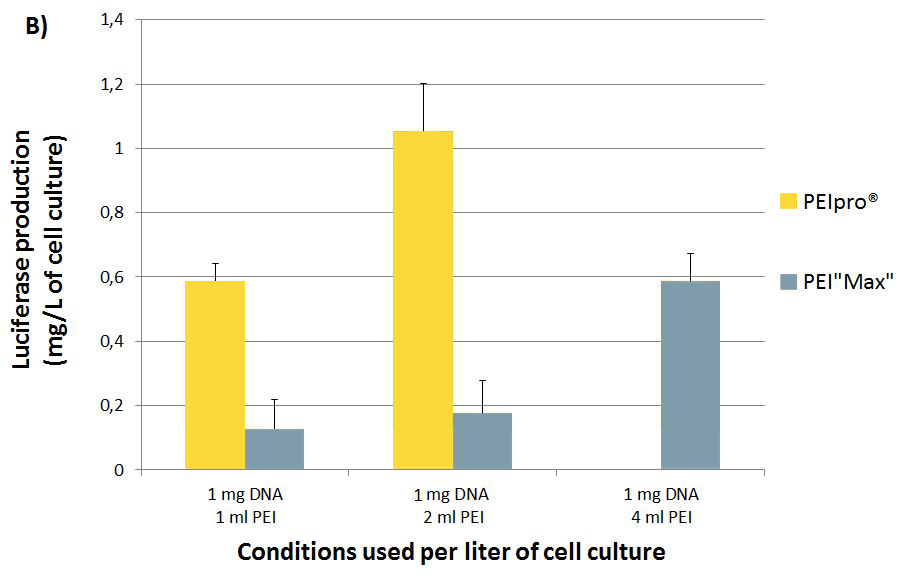 PEIpro® requires less reagent and similar to lower DNA amount compared to other PEIs. Suspension HEK-293 (A) and CHO (B) cells were seeded at 1×106 cells/ml in serum free medium and transfected with PEIpro®, PEI “Max” and L-PEI 25 kDa (Polysciences, Warrington, PA) resuspended at 1 mg/ml. Luciferase expression was assayed 48 h after transfection using a conventional luciferase assay.

DNA-PEIpro® complex size is identical, independently from the volume of transfection mix preparation. Complexes were prepared with a DNA concentration of 0.01 mg per mL of complex volume at a DNA:Reagent ratio of 1:4, either in 10 mL or 1 L. The size of the complexes was then measured every ten minutes using the Zetasizer Nanometer ZS (Malvern Instrument, Malvern, UK).

Scale-up protein production results with PEIpro® are highly predictable. Suspension CHO cells were seeded at 1×106 cells/mL in 100 mL serum-free medium. DNA-PEIpro® complexes were prepared with a DNA concentration of 0.01 mg per mL of complex volume at a DNA:Reagent ratio of 1:4, either in 10 mL or 1 L. For the transfection, only 10 mL of transfection mix were added to the 100 mL culture. Luciferase expression was assayed 48 h after transfection using a conventional luciferase assay.