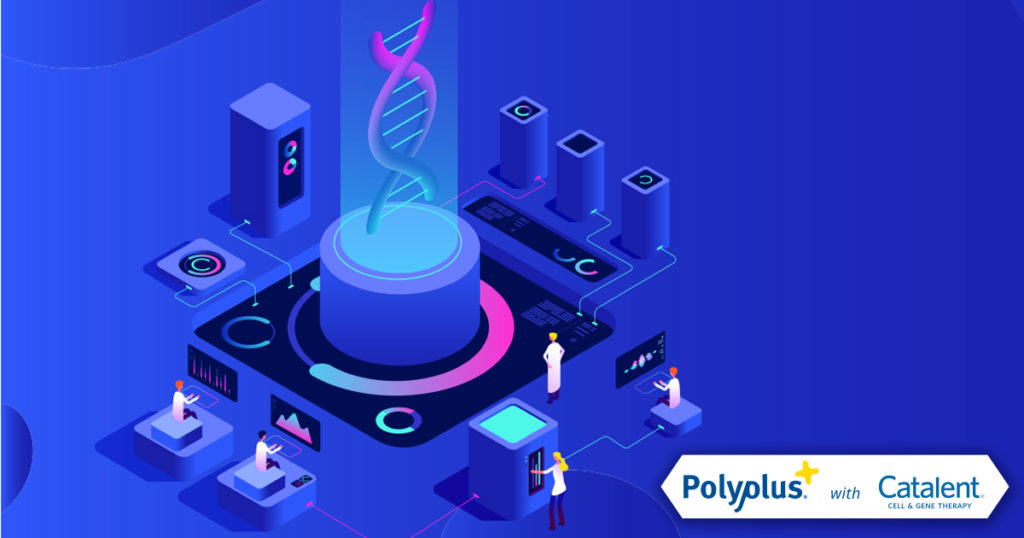 The cell and gene therapy market continues to grow rapidly due to increasing numbers of approvals for commercial use, molecules reaching late-stage clinical studies, and early-stage candidates. This growth is fueling significant demand for critical raw materials and driving suppliers to develop strategies and products that enable this expansion.

The gene therapy clinical pipeline is evolving worldwide, with dramatic increases in the number of clinical trials, many of which involve products that leverage viral vector delivery. The demand for AAV production is growing at a more rapid rate than that for LV production because AAV-based gene therapies are administered at higher doses than the quantity of LV vectors required to genetically modify cells for adoptive cell therapies.

Different strategies can be leveraged to increase viral vector production. One is to simply increase production capacity with the installation of additional equipment, whether that is cell factories or fixed-bed bioreactor for adherent processes or stirred-tank bioreactors for suspension cell culture. Many manufacturers are also increasing productivity by moving from adherent to suspension cell culture because it is a much easier process to scale-up.

Work is also being done to optimize production processes, with improvements being made to both upstream and downstream steps. Much effort is focused on the transient transfection process, particularly simplification to reduce global costs and enable easier implementation of validated GMP processes that meet quality demands.

Scaling up transfection processes to large suspension bioreactors does present some challenges, however.  The high volumes involved during complexation of the plasmid DNA and transfection agent that need to be transferred in a relatively short time into single-use bioreactors poses a significant challenge for scale-up.  Complex hold-times on the order of thirty minutes make it challenging in a GMP setting.  In addition, transfection processes tend to have lot-to-lot variability and purification of empty/full capsids remains an important challenge.  Rapid analytical characterization, specifically with respect to potency, remains an issue as well.

And because transfection reagents are critical raw materials for viral vector manufacturing, regulatory agencies recommend the use of the highest-grade materials available.

Recognizing the challenges posed by existing AAV transfection processes, Polyplus collaborated with AAV manufacturers to develop a transfection agent. FectoVIR®-AAV GMP reagent is produced according to the same manufacturing and quality requirements applicable to APIs (ICH Q7 & Part II GMP guidelines) and submittal of a DMF to FDA is planned in 2022. This design offers higher productivity and improved scalability by addressing the complexity, volume and time constraints associated with current approaches to the large-scale transfection of suspension cells.

As advanced therapies are moving through the development pathway, it is recommended that where possible, GMP-grade materials should be used for toxicity studies even though doing so is not a requirement. The tox studies are presented in IND submissions and typically performed on material produced at scale. Therefore, it is preferable to use GMP-grade material in the large-scale run performed just prior to moving into clinical manufacture.

Polyplus developed the GMP grade and regulatory compliant critical materials needed for these advanced treatments. The resulting chemical-based and animal-free FectoVIR®-AAV transfection agent is available in reagent and GMP grades and is suitable for development work and industrial AAV production in suspension cell systems. It is compatible with different media, cell lines, AAV serotypes, and transfection protocols, affording significant flexibility.

Simplified, user-friendly protocols for large-scale transfection are easy to implement and require 40-60% less plasmid DNA, 20-30% less cells and media and 10-20% less transfection agent and other consumables. They also enable lower complexation volumes and greater complex stability (up to two hours) for enhanced scalability, with reproducible results obtained in 30 mL shakes flasks up to 1.5 L bench-top stirred tank reactors (Figure 1) and larger production-scale bioreactors. Harvest is achieved between day 3 and 5 to ensure maximum productivity.

These improvements afford both cost and time savings with respect to raw materials and process implementation. Importantly, these benefits are achieved in combination with boosted performance compared to existing transfection reagents. With FectoVIR®-AAV, functional AAV titers (fully functional viral particles) can be improved by two-fold or more over PEIpro® (also from Polyplus) and up to 10-fold over other commercially available transfection agents (Figure 2).

The increase in yield provides costs benefits by enabling a greater number of doses to be produced per batch (lower cost per dose), a reduction in the number of batches to produce the same quantity (less labor and raw materials), or a reduction in footprint (fewer or smaller bioreactors for lower capital expenses).

Because several factors can affect the transient transfection of HEK293 and yield, using high-quality plasmid DNA is crucial. The presence of deletions or mutations in the plasmid DNA can create significant problems, such as high levels of partial packaging. The plasmid DNA/transfection reagent ratio can also have a dramatic impact on the yield and percent of full capsids generated. The time of harvest is also important, as cells become unstable and the AAV vector can degrade if the transfection process is allowed to run too long (typically beyond day 3).

Studies using serotypes AAV9 and AAV2 were conducted to evaluate the potential advantages of FectoVIR®-AAV (Figure 3).  Transfection reagent to DNA ratios tested were different between the two serotypes: AAV9 1:1 and 2:1 and AAV2 3:1.5 and 5:2.5.  For the AAV9 vector, using FectoVIR®-AAV resulted in a 3-4-fold increase in vector genome titer and a 6-13-fold increase in particle titer compared to the results obtained using PEIpro®.

In a separate transfection study, production of two different AAV5 vectors (#1, #2) were evaluated (Figure 4).  For AAV5 #1, the PEIpro® to DNA ratio was 2:1 and the FectoVIR®-AAV to DNA ratio was 2.5:2.5.  For AAV5 #2, two different ratios were tested with both transfection reagents: 2:1 and 3:1.5.  With AAV5 #1, a 4-fold increase in the genome titer and an 8-fold increase in the particle titer were obtained with FectoVIR®-AAV. For AAV #2, however, no significant difference in the genome titer or viral particle titer was observed between PEIpro® and FectoVIR®-AAV.  Like previous observations, the yield improvement appears to be vector-dependent, but in this case within the same serotype.

In a third study comparing additional AAV2 and AAV5 vectors (different from the previous AAV2 and 5 vectors) and using a DoE approach to optimization, experiments were conducted varying transfection reagent to DNA ratios (3:2, 3:1.5) and plasmid DNA molar ratios (1:1:1, 2:1:2, 1:2:1) (Figure 5).  In agreement with the first two experiments, the increases in vector genome and viral particle titers with FectoVIR®-AAV compared to PEIpro® varied with the vector and serotype (3-fold and 4-fold increases for AAV2 and no difference and 3-4-fold increases for AAV5, respectively).

The next step in optimizing transfection for improved AAV yield with the FectoVIR®-AAV reagent involves scaling-up the process to 200L.

Using a stepwise approach, HEK293 cells in a 2L suspension bioreactor with PEIpro® reagent would be evaluated.  The baseline yield would be established using ddPCR and ELISA to determine the percent full capsids and residuals. In the next step, shake flask evaluations using FectoVIR®-AAV reagent would be conducted, and the results compared to baseline. Assuming an improvement was observed, a DoE study would be performed in shake flasks to determine the optimum process conditions that factor in other critical quality attributes (CQAs), such as percent full capsids and residual host-cell proteins, etc.  These studies would be followed by optimization runs in 2L bioreactors.

For the final scale-up to 200L, the optimal condition from the optimization runs would be transferred.  For all these studies, high-quality plasmid DNA would be used, the complexation protocol outlined by Polyplus would be followed and a complexation hold time of 20-30 minutes would be conducted throughout the scale-up. When scale-up is successful, at least a 2-fold yield is achieved and the AAV percent full, residuals and other CQAs are within the desired specifications.

Leveraging a standardized, scalable platform approach for viral vector manufacturing, including the transient transfection step, timelines can be accelerated to bring next-generation therapies to market. Today, suppliers and manufacturers are working together more than ever before to find best practices that with process optimization focused on from early stages, and clearer roadmaps to scale each process.

Offering an AAV platform process with high quality critical raw materials including plasmid DNA and FectoVIR®-AAV transfection reagent is one of the ways Polyplus powers science. The full product portfolio is designed to support optimized timelines and CQAs and get treatments to patients faster.