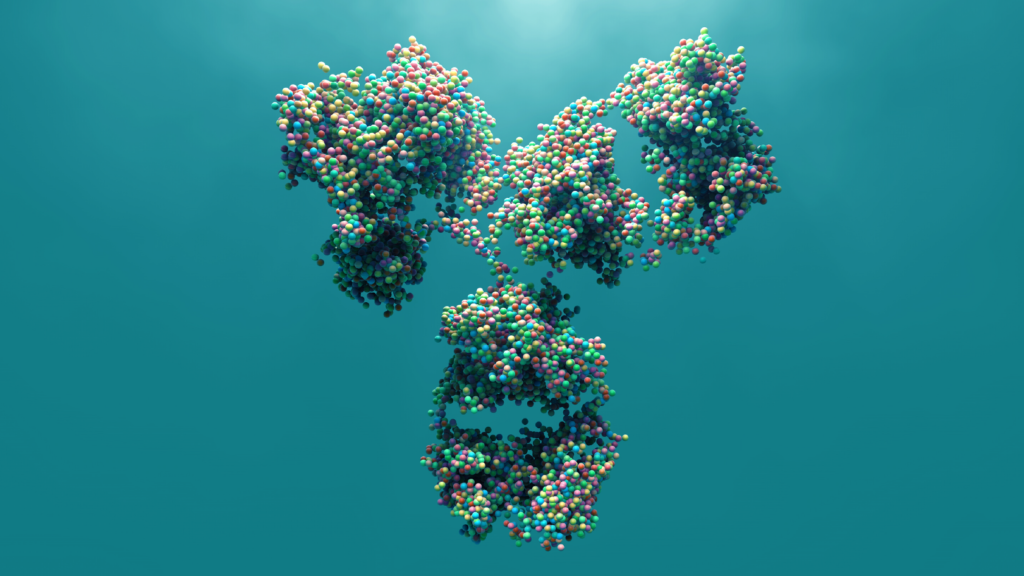 Expression of recombinant proteins revolutionized basic research and clinical practice. Initially employed to resolve three-dimensional structures of proteins, this technique evolved to allow the development of innovative diagnostic and therapeutic applications. The combination of flexibility offered by the technique with high-quality reagents leads to the expression of functional proteins for diverse applications. The creativity of research teams is now the limiting factor.

From E. Coli to mammalian cells

A series of scientific discoveries – unraveling the genetic code, isolation of restriction enzymes and DNA ligases, and expression of foreign genetic material in heterologous systems – positively impacted Science and Medicine. These advances culminated in the ability to express and purify large amounts of recombinant proteins.

The bacterium Escherichia coli served as the main expression system for a long time. The advantages of using this system include low cost, ease of genetic manipulation, and the ability to express a large amount of recombinant protein in a relatively short time. Prokaryotic expression systems have their limitations though; they lack the posttranslational modifications characteristic of mammalian cells and the ability to assemble structurally complex proteins. The use of yeast cells offered a partial solution to the problem – their protein synthesis machinery includes posttranslational modifications and resulted in better folding. Unfortunately, recombinant proteins expressed in yeast cells are inappropriate for therapeutic application as they tend to be hyperglycosylated, which may activate immunological response in mammals.

Mammalian cell expression systems initiated another revolution in the field. In addition to appropriate posttranslational modifications, they offer the advantage of in-house quality control for protein synthesis and folding. Expression of recombinant proteins using mammalian cells quickly became the preferable tool to produce recombinant biomolecules intended for therapeutic applications and has been used to develop antibodies, growth factors, cytokines, hormones, vaccines, among others.

The Chinese Hamster Ovary (CHO) and the human embryonic kidney (HEK) cell lines are the workhorses of mammalian expression systems. They are cultured as suspension cell systems and can be used for transient or stable genomic expression. Although mammalian expression systems generate fully folded and functional proteins, they bring challenges and limitations to the production process. The transfection rate, amount of DNA needed, and protein yield are factors that determine the success of recombinant protein expression in mammalian systems. Polyplus Transfection has developed a state-of-the-art reagent –– FectoPRO® –– to specifically overcome these barriers. Transfection with FectoPRO® requires a low amount of plasmid DNA, has a high transfection efficiency, and results in excellent protein yield. With the right transfection reagent in hand, researchers can streamline the production of recombinant proteins and develop innovative applications for these biomolecules.

Recent cutting-edge studies have used FectoPRO® to develop innovative diagnostic and therapeutic applications for diseases that are a major public health concern around the globe. From the expression of recombinant proteins to antibodies in their various presentations, FectoPRO® has optimized the development of new technologies.

Recombinant protein expression advanced the study of protein 3D structure and protein-protein interaction in the past and continues to impact this field today. Understanding the interaction between biomolecules contributes to the development of better treatments for various diseases. For example, Kaku et al., 2020 expressed recombinant antibodies in suspension HEK293 cells using FectoPRO® with mutations in specific residues to assess changes in the antibody-antigen interaction. The neutralizing antibody used in the study was 1C10, which targets the V3 loop of the HIV-1 virus. The V3 loop is part of the HIV-1 envelope and initiates the infection of human cells by binding to specific receptors, and its neutralization by specific antibodies effectively controls HIV-1 infection. The 1C10-V3 loop structure remains unresolved because of structure flexibility that prevents protein crystallization. Determining the mode of interaction between antibody and antigen thus requires an alternative approach. Kaku et al., 2020 introduced point mutations in the predicted contact residues of the anti-V3 1C10 antibody, expressed 20 different recombinant antibodies using mammalian cells, and ranked them according to their affinity to the V3 peptide. Results from this team not only helped to clarify the interaction between 1C10 and the V3 loop but can potentially contribute to early prediction of binding affinity of future antibody therapies.

The use of recombinant protein expression has evolved to have a direct application – diagnostic and therapeutic – in clinical settings. Brigger et al., 2020 used suspension Expi293 cells and FectoPRO® to develop a serological immunoassay to identify patients with a present (and potentially past) SARS-CoV-2 infection, which is essential for the resolution of this global pandemic. The entry of SARS-CoV-2 into host cells is mediated by the virus spike (S) protein which contains the receptor-binding domain (RDB). RDB binds to the human angiotensin-converting enzyme 2 (hACE2), which leads to the fusion of the virus envelope with the host cell membrane. The research team expressed recombinant RDB protein using mammalian cells and used it to develop an ELISA with high intra- and inter-assay reproducibility. Assays with plasma from 112 SARS-CoV-2 positive patients (confirmed by RT-PCR) showed specificity above 94% and sensitivity of 88.4%. The authors optimistically noted that “serological immunoassays represent a valuable tool to identify a good portion of patients with previous SARS-CoV-2 infection, will help to facilitate strategies from lockdown, and might even be used to predict immunity to SARS-CoV-2.”

Another clinical application of recombinant protein expression is the development of new vaccines. Alsoussi et al., 2020 also expressed recombinant RDB of SARS-CoV-2 S protein in suspension Expi293 cells using FectoPRO® and used it to immunize mice. Antibodies purified from mice sera effectively neutralized the interaction of RDB with hACE2 in vitro. In a similar approach, Kamp et al., 2020 expressed a recombinant protein that integrated the outer surface protein A (OspA) of bacteria Borrelia, which causes Lyme disease, with ferritin from Helicobacter pylori. Ferritin is a protein that self-assembles as an octahedral structure surrounding a hollow core. Conjugation of both proteins composes an excellent strategy for antigen presentation and immunogenicity. A total of 7 of the most common serotypes worldwide were fused to ferritin by a GS linker and expressed in mammalian and prokaryotic cells. After purification, recombinant proteins from 6 of the 7 serotypes were used to develop a hexavalent vaccine to immunize mice and non-human primates. Animals that received the vaccine produced corresponding antibodies and vaccinated mice did not develop an infection when challenged with Borrelia burgdorferi and Borrelia afzelli. This study shows an effective application of recombinant protein used as an immunotherapy to prevent infection from bacteria Borrelia and the development of Lyme disease. The authors noted that “the platform is flexible and allows for the display of many different serotypes of OspA to protect against several strains of Borrelia.” Certainly, this is a technique that can be modified and adapted to generate recombinant protein vaccines for many other diseases.

The expression of recombinant proteins in mammalian cells positively impacted the production of antibodies. The functionally of these molecules require the appropriate folding and assembly of 4 subunits into a multimeric structure. Recombinant antibodies are already in use to treat various diseases and the versatility of recombinant protein expression continues to facilitate the development of many other treatments.

Monoclonal antibodies (mAb) are the most common type of recombinant antibodies produced for therapeutic applications. Several mAbs have already been approved for use and mAb-based immunotherapies for many other diseases, including COVID-19, are under investigation for efficacy and safety. In their recently published study, Alsoussi et al., 2020 proceeded to produce recombinant mAb after using the recombinant RDB to immunize mice. They harvested and sorted plasmablasts for expression of mAb against RDB. The research team identified 26 clones that produced mAbs with affinity for recombinant RDB. They expressed all 26 mAbs in mammalian cell systems and identified the one with the highest neutralizing potency against SARs-CoV-2, which was used to immunize mice. As authors noted “one mAb, 2B04, showed highly potent neutralizing activity, protected mice against weight loss, and reduced viral burden, making it a promising candidate for therapeutic development.”

Monoclonal antibodies can often be of insufficient potency to be used as a monotherapy. That is the case with broadly neutralizing antibodies (bNAbs) produced to prevent and control HIV-1 infection. The virus rapidly mutates and may become resistant to immunotherapy. To overcome this challenge, Davis-Gardener et al., 2020 innovatively developed a bispecific antibody that combines the variable domain of already available bNAbs against the V2-glycan and V3-glycan regions of the HIV-1 envelope glycoprotein. Mammalian cell systems were, again, an essential tool in the development of this bispecific antibody. Researchers cloned the heavy and light chains of the variable domains of V2-glycan and V3-glycan bNAbs into the human IgG1 expression vector and expressed bispecific antibodies using FectoPRO® in suspension Expi293 cells. The resulting molecule more potently neutralized HIV-1 viruses than either of its components. The authors specifically noted the importance of mammalian cell systems in their study: “The architecture of these constructs allows for straightforward production in cell culture. Perhaps most importantly, they demonstrate that the significant synergy can be obtained when two proximal Env epitopes are simultaneously engaged.”

These innovative studies exemplify applications for the use of recombinant protein expression towards the development of therapeutic and diagnostic applications. Mammalian cell systems are a versatile tool and Polyplus Transfection has the right reagent – FectoPRO® – to help researchers overcome the challenges associate with this technique.