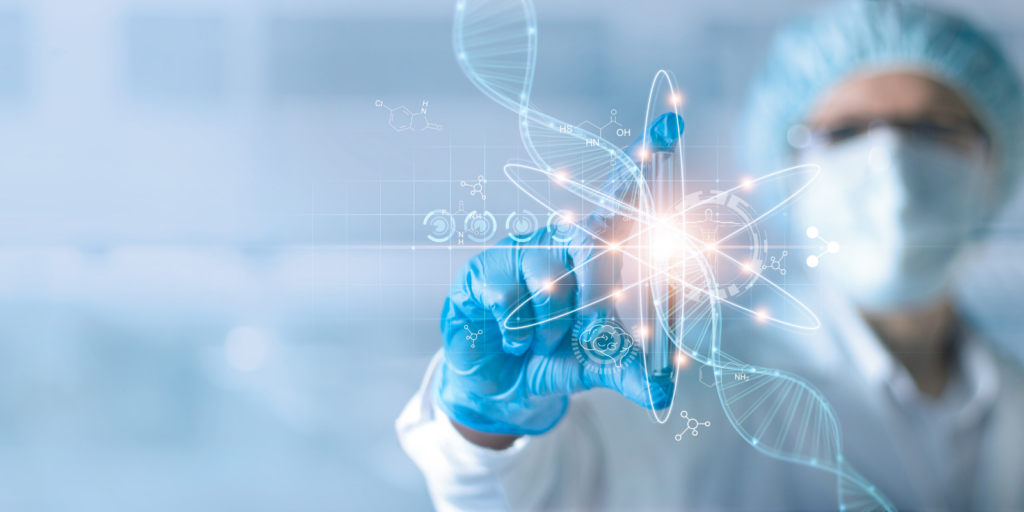 Viral vectors for gene therapy in a nutshell: AAVs, lentivirus, adenovirus and retrovirus

Gene therapy offers great potential in the treatment and management of a plethora of diseases. Viral vectors are the most commonly utilised agents for gene therapy owing to their fantastic capabilities of delivering many copies of therapeutic genes to host cells. Within this family of vectors Adeno-associated vectors (AAV) are the most promising, due to their transient nature, ability to transduce dividing and non-dividing cells, as well as their low immunogenic disposition. For efficient, reproducible and cost-efficient means of AAV production, Polyplus-transfection® offers industry-leading products PEIpro® and FectoVIR®-AAV.

Many diseases can be traced to a faulty version of vital genes. Scientists are searching for ways to target and replace these defective genes within affected cells. Gene therapy therefore is the introduction of nucleic materials such as DNA or mRNA, aimed at treating the origin of genetic disorders.

To introduce genetic materials into cells they must be packaged within a vector. The reason for this is that molecules such as DNA, as well as cell membranes have a negative charge, and so naturally repel each other. Vectors act as vehicles which transport the genetic cargo into cells, and once inside can release it and enable the production of therapeutic proteins. Vectors come in a variety of forms, from peptides to lipids. The most typical vector for gene therapy is viruses, owing to their inherent adaptability and efficiency of gene delivery.

The fundamental goal of any virus is to survive. To do this, viruses introduce genetic material into host cells in order to replicate, making them fantastic resources for gene therapy. The range of viral vectors is extensive and includes the delivery of vectors developed for both short-term and permanent long-term gene expression. Typically, there are four main types of viral vectors utilised for gene therapy applications, these include:

carry their genetic material in the form of DNA. These vectors are advantageous in that they can deliver many genome copies per host cell and so typically are associated with high expression. The genetic expression from adenoviruses is transient, where the DNA cargo is free within the host cell’s nucleus (episomal) where it can be transcribed, but upon cell division these genes will not be replicated. This means that further administration will be required if additional gene expression is required. Adenoviral vectors can transduce both dividing and non-dividing cells, but come with a high immune response, limiting their use in vivo. The reason for this immune response has been linked with several factors, including the virus’ capsid (viral shell), viral proteins that are expressed from the virus’ backbone, as well as the amalgamated transgenes. This immunity can result in rapid clearance of the virus in vivo and can also potentiate dangerous levels of inflammation.

carry their genetic material in the form of RNA. Thus, when a retroviral vector introduces its genetic cargo into a host cell it typically is accompanied by enzymes whose machinery works to create a DNA copy of the viral RNA via reverse transcription, before consequent integration into the hosts genome by the enzyme integrase, resulting in long-term gene expression. However, these viruses require cell division to occur in order to integrate the viral DNA (thus limiting in vivo application). Furthermore, retroviral vectors are prone to random integration into host chromosomes, thus resulting in potential mutagenesis.

are a subtype of retroviruses, and so they function by delivering RNA molecules in pair with reverse transcriptase enzymes. The difference in lentiviral vectors however is that they possess the capability to integrate their genome into non-dividing cells. These vectors are however limited in their genetic cargo capacity and are prone to insertional mutagenesis due to the presence of robust enhancer-promoter sequences.

carry their genetic cargo in the form of DNA and possess the capabilities to transduce both dividing and non-dividing cells. These viral vectors do not integrate into the genome of the host cells, but rather persist with the cells as episomal DNA. AAVs have a much smaller genetic capacity compared to that of standard adenoviral vectors, however, transduced cells are minimally immunogenic, and they have been praised for their safety profiles and use for in vivo

For viral vector production, genetic material is usually introduced to a host cell population in vitro. This equips the cells with the capabilities to produce many viral copies and secrete them into their culture media for harvest and subsequent use. This process is known as transfection and there are many ways to transfect host cells for this need. Examples include techniques such as electroporation and microinjection, the best method however is the use of chemical mediated transfection agents.

Polyplus-transfection® offers the gold standard of chemical transfection reagents for efficient production of viral vectors at all scales. With this in mind, let’s discuss two of their top products: PEIpro® and FectoVIR®-AAV.

PEIpro® is the leading chemical-based transfection reagent for DNA delivery, allowing for flexible and scalable viral vector production. Extensive research has gone into the development and optimisation of PEI polymer chemistry in order to achieve the highest transfection efficiency in both adherent and suspension cell systems. Through the process development conducted for PEIpro® at Polyplus-transfection® there are directly implementable protocols in place for large scale manufacturing of both preclinical and clinical batches of viral vectors with higher quality grades of PEIpro, including PEIpro®-HQ and PEIpro®-GMP. With PEIpro® being the gold standard chemical vector for large-scale adenovirus, lentivirus and AAV production, it is a product not to be missed!

AAVs are fast becoming the leading viral vector and so are widely used in the development of gene-based advanced therapy medicinal products (ATMPs). The success of AAVs is owed to not only their episomal DNA placement, but also their broad tropism. Currently, major drawbacks of AAVs is scaling up the manufacture of sufficient quantities for the treatment of large patient groups. In this regard, FectoVIR®-AAV offers a revolutionary solution. FectoVIR®-AAV is a novel transfection reagent, used in the industrial scale production of recombinant AAV (rAAV) vectors within suspension HEK-293 cells. Not only is FectoVIR®-AAV animal free, but it also guarantees high viral titres, improved flexibility/scalability, and GMP-grade compatibility, together making industrial scale-up more efficient and easier. In comparison to competitors, the use of FectoVIR®-AAV results in a 10-fold increase in functional titer yields in suspension cells. Even to PEIpro®, FectoVIR®-AAV improves yields by at least 2-3 fold. FectoVIR®-AAV is optimised for a reduced complexation volume, with successful application being found at 1% of the culture media volume, which is a massive reduction down from the traditional 10%. These volume reductions alleviate technical constraints during preparation and transfer into large-scale bioreactors.