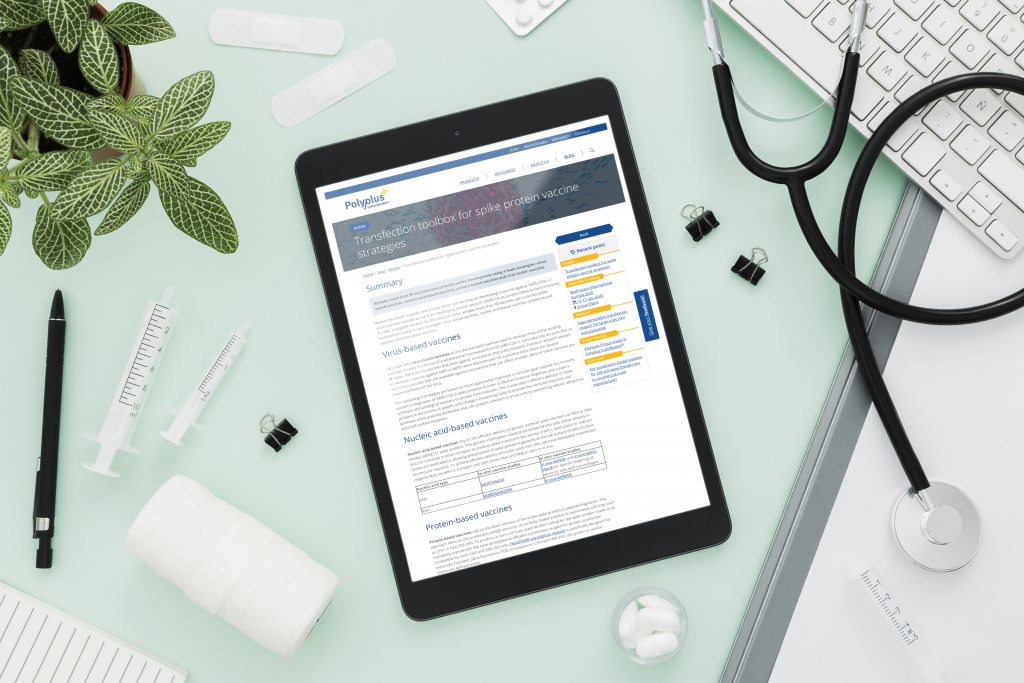 Researchers both in public and private sector are working on developing a vaccine against SARS-COV—2 virus to protect people at risk from developing severe cases of COVID-19, as an alternative to herd immunity. To offer a tangible solution for the years to come, already more than 90 vaccines are currently under development using 4 main strategies: virus-based vaccines, nucleic acid-based vaccines, protein-based vaccines and viral vector vaccines.

Let’s start with virus-based vaccines as it is the standard method used to develop most of the existing vaccines. It relies on the use of a weakened or inactivated form of SARS-COV-2. Let’s take into account that as of today, there are no vaccines that exist against coronavirus that infect humans. Previous research studies to develop a vaccine against SARS or MERS were discontinued. On a positive note, there are several veterinary vaccines that are available against coronavirus that can infect animals. Most of these vaccines are weakened forms of the virus.

The remaining 3 strategies are based on novel approaches that have a common goal: expose our immune system to fragments of SARS-COV-2 spike proteins in order to illicit an immune response, and create a sufficient immunological memory to protect from infection. The crucial step is efficient delivery of spike proteins in the vicinity of specific cells (Antigen-Presenting Cells) to activate the immune response and synthesis of neutralizing antibodies that can prevent infection of more cells by preventing cellular uptake via ACE2 cell surface receptors.

Nucleic acid-based vaccines rely on the efficient delivery of genetic material under the form of DNA or RNA mostly coding for spike proteins. This genetic information needs to be delivered into cells, either directly in APCs or indirectly in other cell types to produce spike proteins in the vicinity of APCs. Both direct or indirect routes are implicated in allowing presentation of spike protein fragments at the cell surface of APCs to illicit an immune response. To achieve efficient delivery of nucleic acids into cells, we have developed transfection reagents that are able to transport into cells either DNA and RNA in vitro or in vivo.

Protein-based vaccines rely on the direct delivery of the entire spike protein or peptide fragments. This approach relies on the production of high amounts of correctly folded proteins in mammalian cell lines such as CHO or HEK-293 cells. To produce in such cell lines, plasmid DNA coding for the spike protein needs to be transiently transfected. We have developed an efficient transfection reagent for protein production compatible for both CHO and HEK-293 cells: FectoPRO® transfection reagent is specifically designed for enhanced Transient Gene Expression (TGE) in suspension CHO and HEK-293 cells grown in various chemically defined media.

Viral vector-based vaccines rely on the genetic engineering of a different type of virus that can infect cells and use the cell machinery to express proteins of SARS-CoV-2 that can illicit an immune response. These recombinant viral vectors are mainly based on non-replicating viral vectors such as adenoviruses. When these viral vectors are transiently produced, mammalian cell lines such as HEK-293 are co-transfected with several plasmid DNA containing the necessary genetic information for synthesis of viral particles and a plasmid DNA coding for in most cases a fragment or the entire spike protein. To produce high yields of recombinant viral vectors, the transfection reagent is known to play a key role: it determines the number of cells that will be producing these viral particles as well as the infectivity yield.

VLPs are multiprotein structures engineered to mimic empty viral particles with no genetic material. The idea here is to use the assembly mechanism of a virus to display more commonly spike protein peptide on their surface. While VLPs are generally produced in plants and in insect cells, they can also be efficiently produced transiently in mammalian cells. Mammalian cell systems, such as HEK293 cells are extensively characterized, and the advantage here is the flexibility and reproducibility of manufacturing. Transient transfection of mammalian cells for the production of VLPs can be performed using PEIpro® transfection reagent, as described in the following publications here.